Located in western tip of Flores, East Nusa Tenggara, Indonesia, Labuan Bajo is the transit place for you before you embark your journey to explore Komodo National Park for Komodo wild life observation, snorkeling, or scuba diving activities. We make a little guide for you on how to reach Labuan Bajo in GETTING HERE.

As a new tourist destination place in Indonesia, Labuan Bajo still remains unknown for many people. It is a small fisherman town with small population compared to other islands in Indonesia. You can find the captivating beauty of nature in every corner of the city. You can go up a little bit on the hill on the main road and find a city port view with sea and small islands as the background. 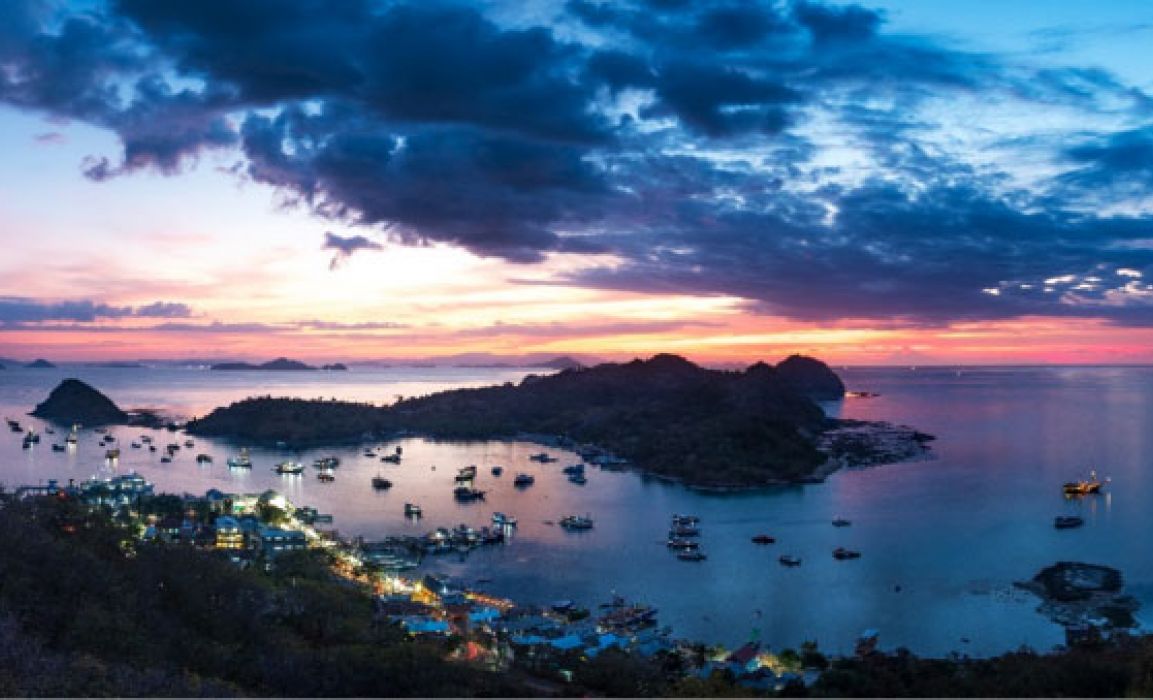 Although we think that the beauty of Labuan Bajo is timeless, it looks even more mesmerizing during sunset. All the lights from the ships and cars plus the picture perfect sunset color reveal a different atmosphere of the city. You might feel that the city is serene in the day time, but somehow looking at this sight the city looks lively and bright.

To explore a little bit further, you can find several famous waterfalls: Cunca Rami and Cunca Wulang. Another famous place that worth seeing when you are in Labuan Bajo is Rangko Cave. It is located in Rangko village, a little bit further to the east from the city. The best way to reach there is by boat, which we can arrange, for more comfortable and faster journey. 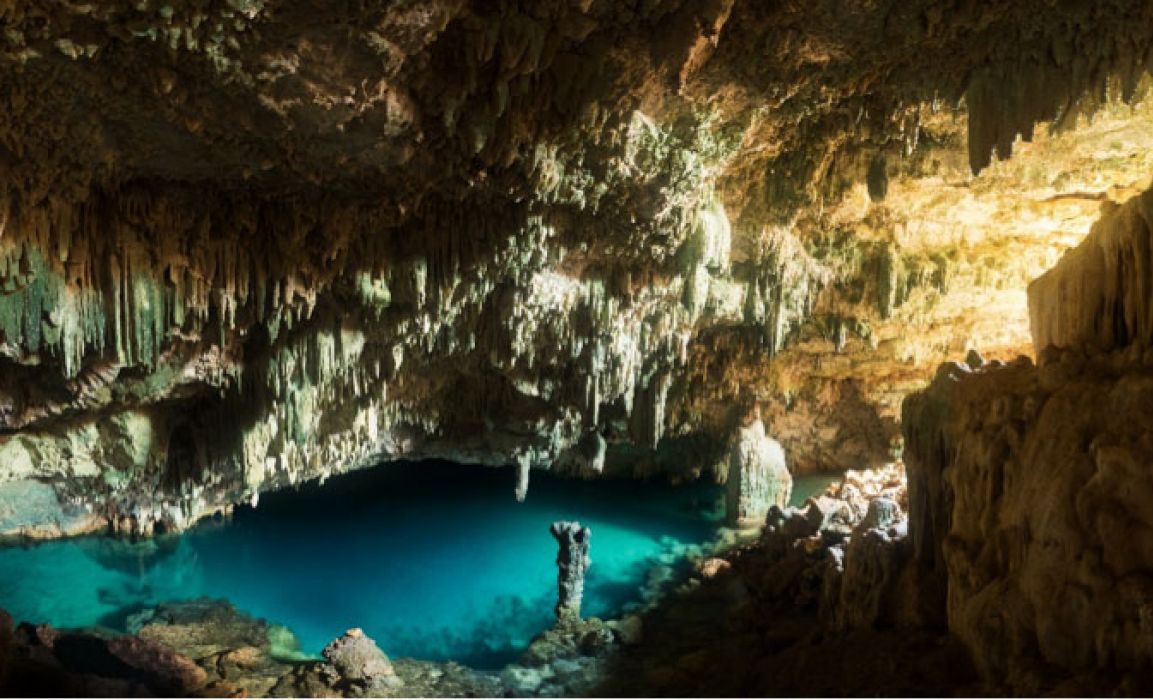 Upon entering the cave, you can see an unique sight of stalactites illuminated by the sun lights and a clear blue sea water. Do not forget to bring your swimsuit, because you can enjoy swimming here. Swimming in a sea-water underground cave surely is something worth trying!

Other things you might want to see in Labuan Bajo

In general, Indonesia is a Muslim majority country. But in Flores Island, (as well as Labuan Bajo city), is heavily influenced by Portuguese traders who came to this region around 16th century. Thus, the culture, language and religion of Flores Island is completely different from the rest of Islands in Indonesia. In Labuan Bajo city, the majority of the people are Roman Catholic Christians.

I think we all agree that Indonesia is well known for its warm hospitality. The people of Labuan Bajo city are very passionate and welcoming. With the increasing number of people from other Island who migrate here, this city has a mixed culture but still maintains its tolerance towards one another. You will be surprised at how generous and helpful the locals here are. That being said, Labuan Bajo is a safe place for everyone around the world to visit.

The biggest problem for the travelers is probably language barrier. As Labuan Bajo is still a rural, undeveloped place, it is still few people who could speak English. Locals speak local Manggarai language and Indonesian. This will be a problem for people who are still unfamiliar with the city and Komodo National Park. Although locals never meant any harm, but misunderstanding caused by language barrier is something all of us want to avoid. Red Whale Dive Center team believes that communication is important. Especially for travelers who want to learn new culture, communication is a way to share each other’s knowledge. Furthermore, it is our mission to make our travelers feel safe and guided during their visit in Labuan Bajo. So please, do not hesitate to reach us for assistance for your upcoming trip in Labuan Bajo, just CONTACT US!

When you come to visit a port city, it is a must to try seafood! Seafood is a specialty in Labuan Bajo, with many varieties of seafood you can choose, from grouper to squid and shrimp, all freshly caught by our local fishermen. To reward yourself after a long day of diving and trekking, it is best to stop by the local fish market. A line of food stalls by the harbor is open from 5 PM to 2 AM to satisfy your hungry stomach. 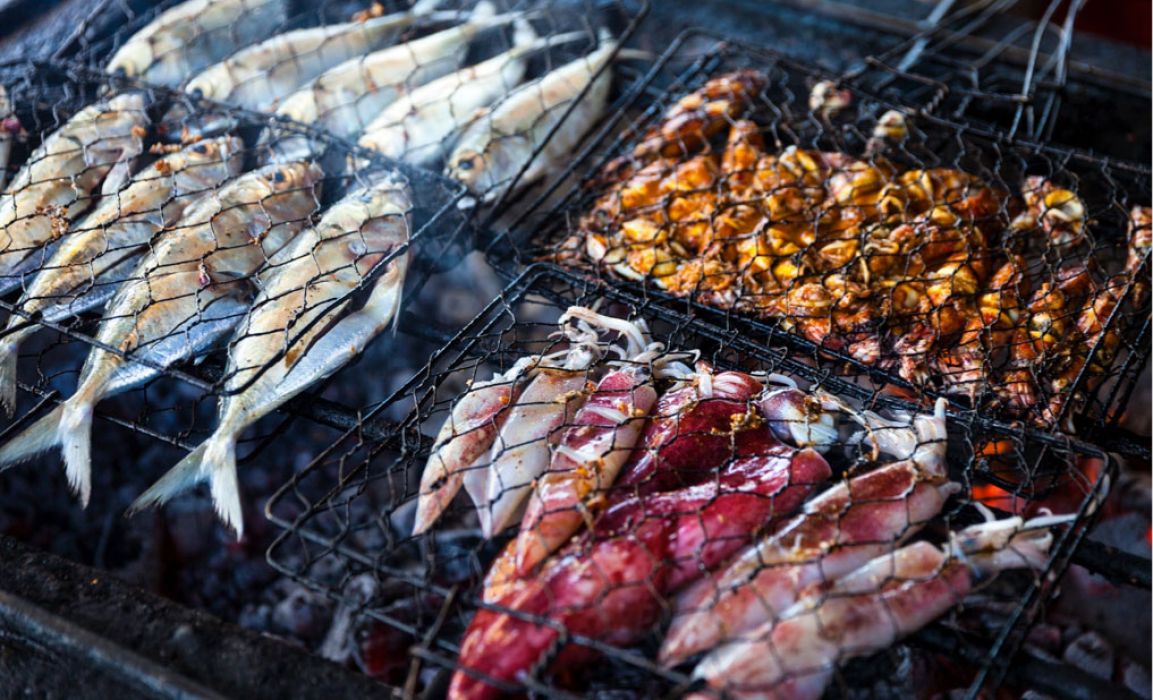 Culinary you can find in Labuan Bajo: 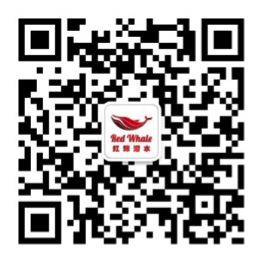